Home News Technology When to Call a Plumber We all have been there where – just think about the following scenario – you are about to fall asleep, and suddenly, you hear a pitter-patter sound coming from the bathroom. You instantly know that you have a leaking faucet.

While there is a great chance that you might fix the plumbing person on your own, the other side of the story is that you cannot fix all plumbing issues. In many cases, you need professional plumbers to have a look at things, especially when it appears that a DIY fix isn’t feasible.

That said, here are essential tell-tale signs that you need to call a plumber immediately.

It doesn’t matter whether you are brushing your teeth or taking a shower – sometimes, it might feel like the water is accumulating and draining much slower. Also, we have all been there where we are washing dishes in the kitchen, and sooner or later, the water reaches our elbows sooner or later.

We have one problem at hand in all these examples – a slow drain.

Rather than trying to fix a slow drain on your own, you might want to call the plumber and get it fixed as soon as possible.

There is absolutely nothing more annoying than the instance where you are in a rush, taking a shower, and trying to reach your office at a time when you find that the water pressure in your shower is non-existent. Poor water pressure is not only the number one cause of morning delays, but it is also a big tell-tale sign that you need to call a plumber and get the matter fixed as soon as possible.

Most of the underlying cause of non-existent water pressure is clogged in the pipe or faucet, which might prevent water from fully flowing out of the faucet.

A very typical horror scene from movies is the absence of water – imagine this, the hero waking up in the morning and fumbling with the faucet – only to find that there is no water available. In the worst-case scenario, within the movie, the water might start coming out eventually in black or red.

However, in real life, discolored water indicates that you have corrosion in the water pipe, so you might want to call the plumber immediately. Also another tell-tale sign that you need to call a plumber without a minute’s further delay is the unavailability of water.

Typically, the issue of no water is that you haven’t paid your bill. However, if you are a responsible citizen, you will probably face a more serious issue – a burst water pipe or some undiscovered blockage.

The only person who can pinpoint the cause of the problem and come up with a solution is a professional plumber.

In the winter season, the water pipes can burst in response to the frozen water inside the pipes. Your plumber will use their equipment and find out which pipes are damaged. How Deskflex Can Revolutionize Your Workspace 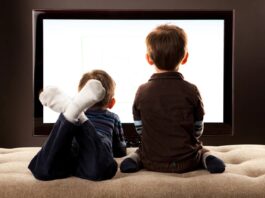 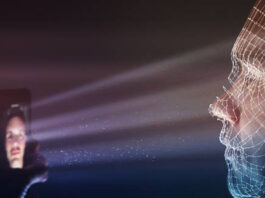 Video Call for KYC Verification – Advanced Method to Onboard Clients